The Chainsmokers‘ fourth studio album is coming soon. On Wednesday (April 6), the EDM duo — which consists of Alex Pall and Andrew Taggart — shared the full tracklist and release date for their upcoming album, So Far So Good.

The duo revealed the news through a two-minute album trailer, which shows clips of Pall and Taggart on their journey of creating the new LP. The images show the two surfing in Hawaii, playing packed concerts and working on the project in the studio, and more. “What a ride it’s been with you all to get to this point. We always tell ourselves… so far so good. Hopefully it’s all you will be saying soon too,” the duo wrote on Instagram.

Fans already have a taste of what’s to come from the project. So Far So Good currently has two released singles, “High” and “iPad,” the latter of which earned the duo their 20th top 10 on Billboard’s Hot Dance/Electronic Songs. 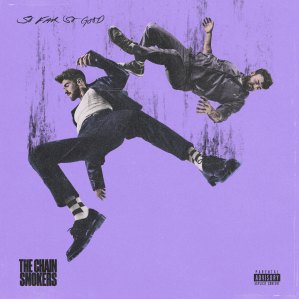 The Chainsmokers’ last album, World War Joy, was released in 2019. The album spent 86 weeks on Billboard‘s Top Dance/Electronic Albums chart, with 11 of those weeks in the No. 1 spot. The duo would later take a step back from music and revealed in January the break was needed for a period of rediscovery.

“We keep saying ‘We wish we could have made this album 4 years ago.’ At the end of 2019 we felt a little bit lost,” the duo shared on Instagram in January. “We had just put out our 3rd album and finished our second major tour in the US. Eternally grateful, but very worn down, we decided we needed to take some time to reflect and rediscover what made us most excited about this project.”

After taking a trip to Hawaii to decompress, Pall and Taggart “came home with a body of work that has become the backbone of this album. We spent the next two years picking apart every song we wrote from the lyrics to production to make them the absolute best they could possibly be, knowing that you were waiting and because we felt that we owed it to you.”

They continued in the January post, “It’s finally done now. Thank you for giving us time to rediscover ourselves, our music, and our love for why we do this. The truth is, we could have only made this album now. And we can’t wait to share it with you.”

So Far So Good will be released May 13 via DISRUPTOR/Columbia Records. See the album’s official trailer and tracklist below.

The Chainsmokers Announce Fourth Studio Album: Watch the Trailer The Chainsmokers‘ fourth studio album is coming soon. On Wednesday (April 6), the EDM duo — which consists of Alex Pall and Andrew Taggart — shared the full tracklist and release date for their upcoming album, So Far So Good. The duo revealed the news through a…

Previous Post
Here’s How the Backstreet Boys Reacted to Learning Why Machine Gun Kelly Threw Up at Their Concert
April 6, 2022
Next Post
Live Nation to Book Concert Series for American Dream Complex Outside NYC
April 6, 2022