Republic Records is relaunching Mercury Records as an imprint in the U.S., the label announced today (April 11), with executive vps of A&R Tyler Arnold and Ben Adelson set to lead the company as president and general manager, respectively. The duo — Arnold based in New York, Adelson based in Los Angeles — will report to Republic co-founders Monte and Avery Lipman, and will have a big purview right out of the gate.

Mercury is relaunching with some big-name flagship artists, most notably Post Malone — whom Arnold signed to Republic in 2015 — and James Bay, whom Adelson signed in 2014. They’ll be joined by Lord Huron, Jeremy Zucker, Chelsea Cutler and Noah Kahan, plus new signees BoyWithUke, Ka$hdami, Lyn Lapid, Stephen Sanchez and Camylio.

In addition to those artists, Mercury will be the hub for Republic’s partnerships with Big Loud Records — home to Morgan Wallen — and Imperial Music, the independent distribution wing that last year made waves through the release of Bo Burnham’s Inside (The Songs). 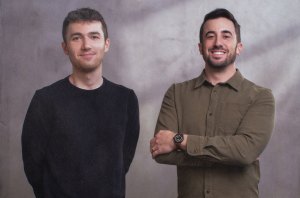 “We’re very grateful to Monte and Avery for entrusting us with such a legendary label and brand,” Arnold said in a statement announcing the news. “I am so proud of our incredible roster and am excited to represent some of the most talented, influential and creative artists in music today. It is Mercury’s priority to lead as a creative company, putting our artists first and taking an energetic, entrepreneurial approach to A&R and marketing. We are building Mercury to become the modern music label.”

“Tyler and I each began our careers at Republic and have worked together for almost a decade,” Adelson said in his own statament. “We’ve leaned on Republic co-presidents Jim Roppo and Wendy Goldstein for their wisdom, perspective and guidance and hope to bring that same leadership and forward-thinking to our roles at Mercury. The path to success looks different for every musician and Tyler and I are committed to fostering an environment where artists who are themselves can thrive.”

Mercury was originally founded in Chicago in 1945 by Irving Green, and has had a long, successful history in a variety of genres, most notably jazz, pop-soul, funk, rock and metal, morphing and absorbing labels and acts through the years as the business shifted and changed. It became part of PolyGram in the early 1980s, then was purchased by Seagram at the end of the decade, where it became part of the Universal Music Group. Eventually it became one of the labels that made up the Island Def Jam Music Group, being folded largely into Island Records; it was briefly relaunched in 2007, but has lived as mostly a catalog imprint over the past several years, with its name still alive through a Nashville imprint and a classical label in the U.K.

Both Arnold and Adelson, who began their careers at Republic, have had a string of success in their signings in recent years. In addition to bringing on Post Malone and leading the Big Loud partnership, Arnold signed Clairo, Burnham, Butler and Zucker and spearheaded Republic’s partnership with Metro Boomin. Adelson, meanwhile, signed Conan Gray, Lord Huron, Noah Kahan and Bay, among others.

“Tyler and Ben’s accomplishments speak volumes as top A&R executives over the past few years, and the legacy of Mercury Records will be in perfect hands,” Monte Lipman said in a statement. “Their competitive spirit, drive and determination will lead a new vanguard of creative artists into uncharted waters.”

Republic Relaunches Mercury Records With Post Malone, James Bay Republic Records is relaunching Mercury Records as an imprint in the U.S., the label announced today (April 11), with executive vps of A&R Tyler Arnold and Ben Adelson set to lead the company as president and general manager, respectively. The duo — Arnold based in New York,…