San Francisco’s Outside Lands is back this summer with headliners Post Malone, Green Day and SZA. Produced by Another Planet Entertainment, Superfly and Starr Hill Presents, Outside Lands will return to Golden Gate Park from Aug. 5 to 7.

“We are ecstatic to unveil this year’s lineup, which is one of the most dynamic and diverse we’ve ever had. We are ready to get back to Golden Gate Park with our original summer dates again,” said Allen Scott, co-founder and co-producer of Outside Lands and president of concerts and festivals at Another Planet Entertainment. “Last year’s festival was not only a cathartic experience, but a much-needed celebration for the Bay Area and beyond. We can’t wait to do it all again with our Outside Lands community this August.”

Returning this year after an incredibly successful debut in 2021 is the SOMA Tent. Inspired by underground clubs and late nights, SOMA Tent features over nine hours of performances each day and is the perfect place to dance the night (or day) away. This year headliners include San Francisco mainstay and Dirtybird Records founder Claude VonStroke, legendary German house and techno DJ and producer Dixon and Los Angeles producer TOKiMONSTA.

Also returning this year is Grass Lands, which was the first curated cannabis experience at a major American music festival when it premiered in 2018. According to organizers, Grass Lands has become a “much loved” part of the Outside Lands experience. Grass Lands showcases the latest and most innovative products from the growing cannabis industry and is a place where people can learn about and enjoy cannabis in all its forms.

Last year, the festival made its return after taking a year off due to COVID-19. The 2021 edition played out over Halloween weekend with sets from J Balvin and Tyler, the Creator.

Weekend passes go on sale Wednesday at 10 a.m. PT on the Outside Lands website, with three-day general admission starting at $399, and three-day VIP passes at $799.

Check out the full lineup below. 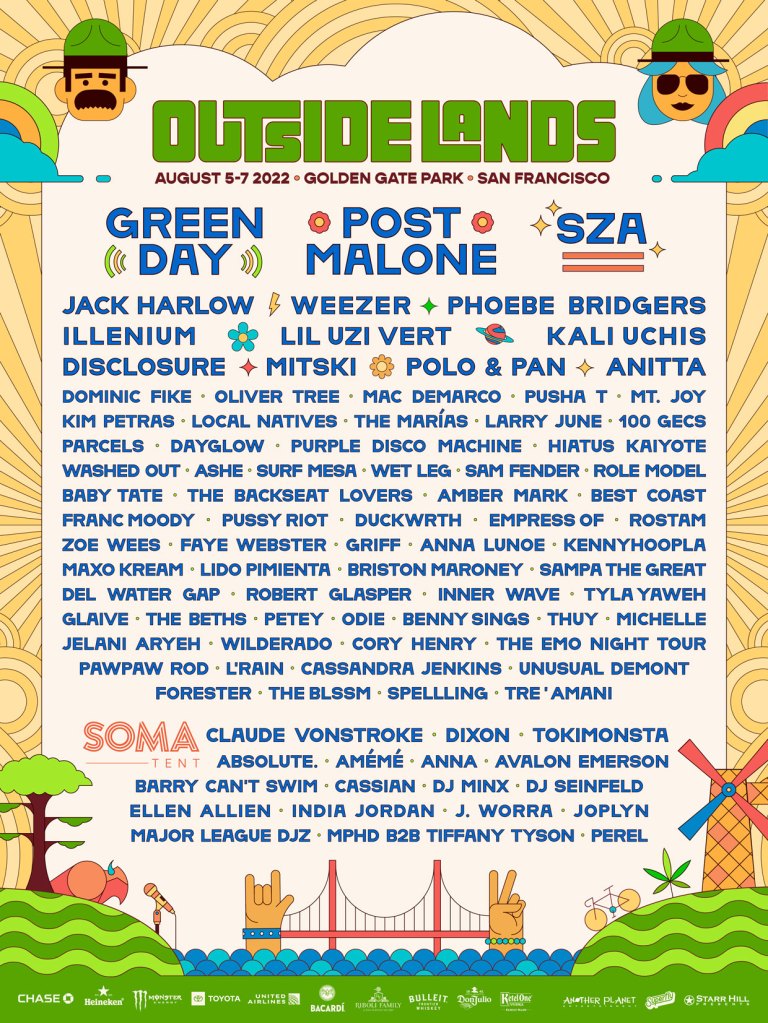