For Billboard’s first-ever roundup, these managers on the rise have set the bar for what it takes to successfully break new talent. From strategically utilizing TikTok and exploring how to leverage Web3 to preparing clients (and their respective fan bases) for the return of touring, these are the ascendant managers and management teams you need to know.

Launching her own management, recording and publishing company, 3V Method, in early 2020 — and then having the pandemic hit — did not deter Valenti. Instead, she says that she and her team learned to “look at TikTok as a channel for telling stories as opposed to a quick way to break a song and move on.” The approach paid off when Peach Tree Rascals performed at Chicago’s Lollapalooza for the first time in 2021 to over 25,000 fans. 3V also manages writers and producers including BOYCO (Dominic Fike, Carlie Hanson), Erick Serna (Olivia Rodrigo, Sia) and Simone Torres (Chloe Bailey, Normani, Anitta) and is exploring how to “activate fan communities in metaverses” and leverage cryptocurrency platforms and blockchains for intellectual property funding.

Fresh off the release of client Omar Apollo’s debut album IVORY, Shanks calls the experience “my biggest success story, hands down.” The two started working together in 2017 after Apollo tweeted about needing a manager; Shanks was still a student at New York University when they first connected. “I just wanted to help people make the best music they could possibly make and management was the quickest way to be in a position to do that,” says Shanks, who helped the artist sign a record deal with Warner in 2020. “A label will always be necessary if an artist wants to be a superstar, but artists are so much more in 2022 than just musicians. Managers are able to build business with their clients.” 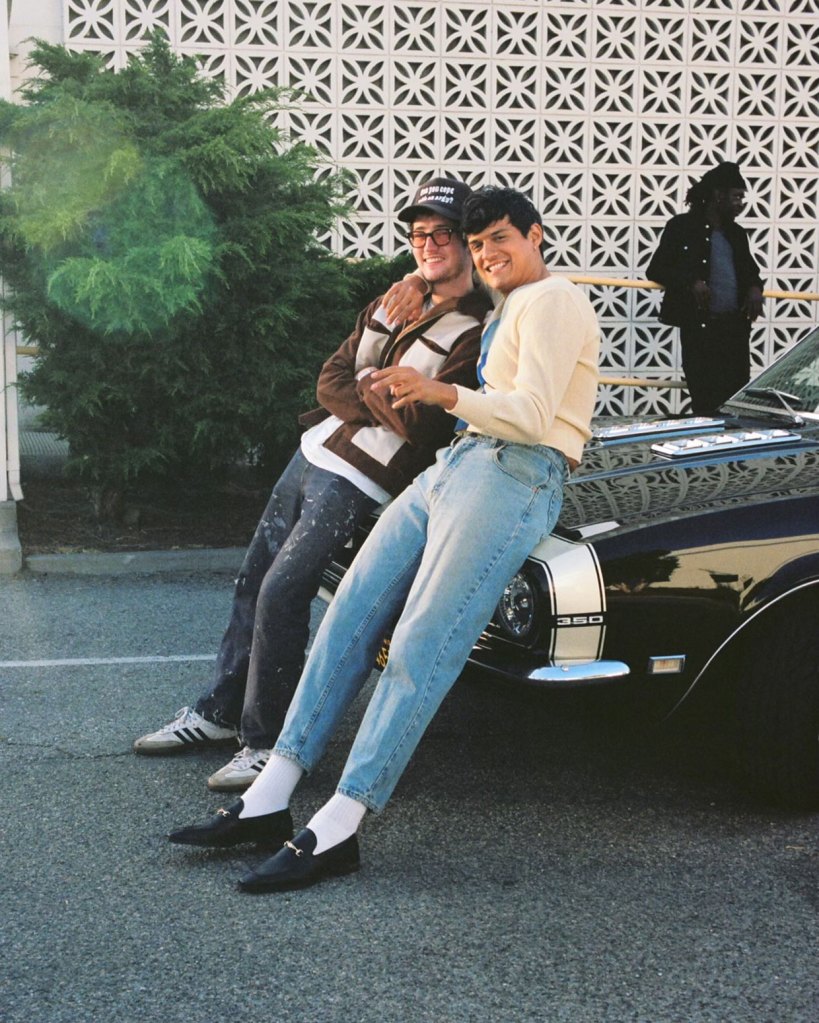 As global head of song management at Hipgnosis, Jarjour helped Selena Gomez’s “Baila Conmigo” and Kali Uchis’ “Telepatia” take off on JarjourCo, his joint venture with the company. Separately, he’s particularly proud of working with singer-songwriter and rapper Starrah to launch her publishing venture 3:02 Music Group, in partnership with Pulse Music, this March (one of its biggest hits includes Normani’s hit “Wild Side,” which Starrah co-wrote). “Dr. Dre and Jimmy Iovine really set the framework for how creatives and executives can co-create businesses together,” he says. “The level of trust and communication artists and managers have are the same ingredients needed to build a superstar client or a successful business.”

Since working as a product manager at a label, Lev grew eager to work directly on an artist’s team. “In management,” she says, “you are helping to execute on all things music, as well as all other ventures that the artist may want to explore.” For rising alternative-pop artist Remi Wolf, that included the live sector. She sold out her 2022 North American headline tour (in support of her debut album Juno that arrived last October) that included two nights each in New York and Los Angeles. 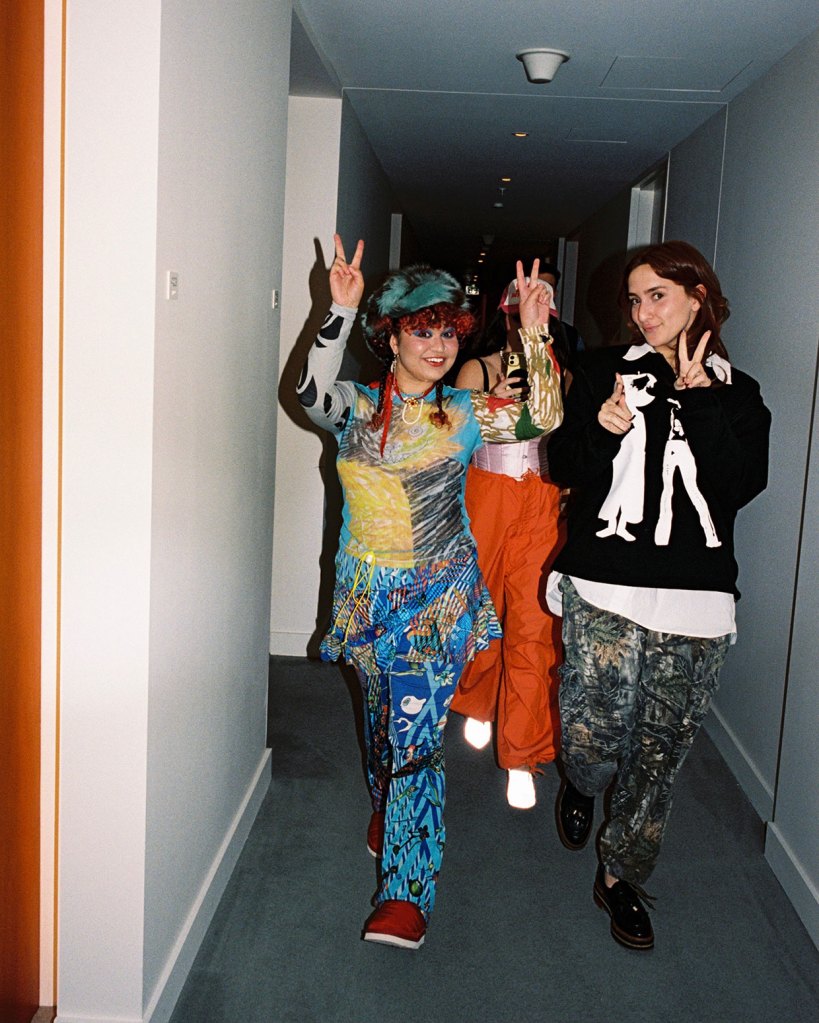 After graduating in 2010 from Full Sail University with a degree in music business, Rivera returned to Puerto Rico and soon met up with his longtime friend, reggaetón star Arcangel. “I realized there were a lot of things in his career I could improve with what I’d learned,” he says. The artist became his first client, and he later added Sech and Myke Towers (the latter of whom is signed to a co-management deal with Whiteworld’s Orlando “Jova” Cepeda and José “Tito” Reyes). “Artists always create good music, but it ends there if we don’t bring partners who can push it to the next level,” says Maldonado, citing the recent signing of Towers to a brand deal with Puma Global Motor Sports. As for Sech, the artist recently sold out three dates at the Coliseo de Puerto Rico.

Litwin never set out to be a manager, but when he met producer Murda Beatz in the summer of 2014, “it just happened organically,” he recalls. “I really believed in him and he really believed in me.” Litwin kicked off 2022 by signing the producer to a global distribution deal with ADA Worldwide, negotiating a “sizable” catalog sale with Canadian music rights manager Kilometre Music Group and scoring another Las Vegas residency at Hakkasan. As for Litwin’s other clients, he helped Jason “Cheese” Goldberg grow from an engineer to becoming YoungBoy Never Broke Again’s executive producer.

Awoniyi cites his talk-based YouTube channel, The Donawon Podcast, as a crash course in expanding a fan base. “We grew a local following [but it] didn’t take much to realize it wasn’t sustainable,” he says. To engage followers, he sold merch, threw parties and leaned into Twitter. “Before I knew it, I had a network of people in various circles.” That know-how helped land Grammy-nominated artist Tems as a client. As she debuted on the Billboard Hot 100 in 2021 for her feature on Wizkid’s “Essence,” other clients have also scored major collaborations: Nigerian artist Deeds with Burna Boy and U.K. producer-engineer Lekaa Beats with Adekunle Gold. 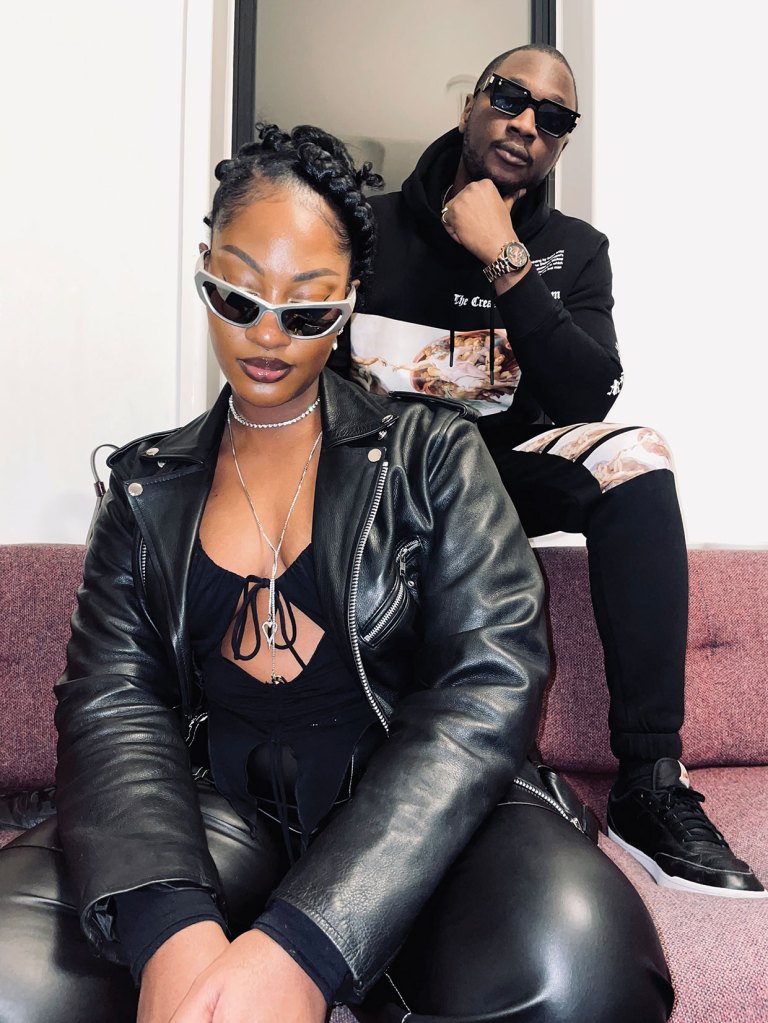 Sullivan says she “stumbled” into management when her friends in a band started to release music and she felt compelled to help out, lending her expertise in brand collaborations and product curation for companies such as Heron Preston, Bape, Opening Ceremony and more. Since joining Bad Habit (a label, management and publishing company founded in 2015 by Matthew Adesuyan & Kirk Harding), Sullivan has felt “honored” to be a part of building up indie-pop artist Dora Jar, who released her debut EP last May and this year opened on tour for Billie Eilish. “Dora’s growth has been pretty extraordinary,” says Sullivan. “To have her ninth show ever, and subsequent six shows, be [with a crowd of] 15,000 people was pretty insane.”

Geraghty and Scokin co-founded boutique management firm rogue. in 2020 — and by 2021, Ingrid Andress had scored three Grammy nominations, including best new artist. (Scokin has managed Andress since 2018). This year, Fletcher wrapped her sold-out North American tour at the top of this year with nearly 50,000 tickets sold globally within minutes — without a debut album out. “It’s super important now more than ever that the artists we work with know that their management team will protect them at all costs,” says Geraghty, who has previously made Billboard’s annual Pride List. “It brings me great joy to see Ingrid represent country music the way she does, and to see FLETCHER create safe spaces for young queer kids in states that are actively threatening the lives of the LGBTQ+ community.” 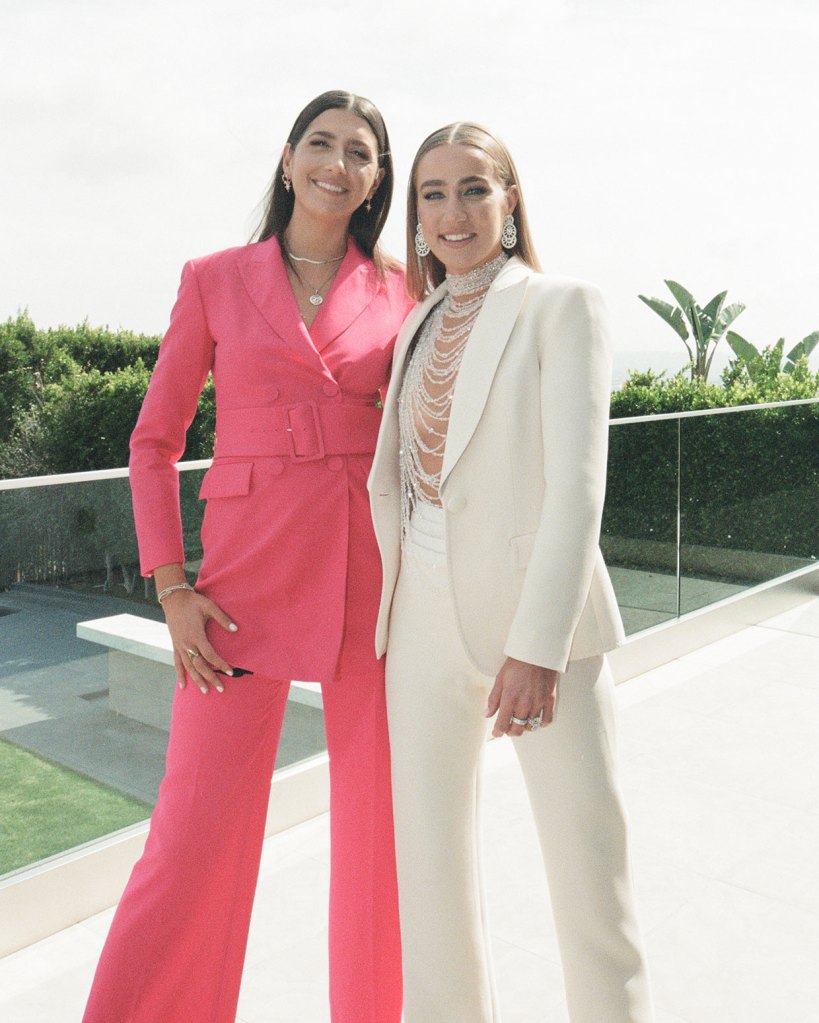 Ahern and Bui both became passionate about music at a young age, with Ahern saying he particularly “loved the entrepreneurial nature of being a manager” while Bui was drawn to being part of the creative process. It’s why, Bui says, “supporting Clairo in her creative process on her [2021 sophomore] album Sling in the remote hills of Catskills, New York was an extraordinary experience for me.” Ahern praises the artist for selling out Radio City Music Hall in New York City and The Greek Theater in Los Angeles, saying she went from selling 5,000 tickets on her 2018 tour to over 100,000 tickets on her current trek.

Runzel says that feeling “bored with being a talent buyer” pushed him into management, along with wanting to work more closely with talent. He co-founded Prodigy Artists in 2014 and recently celebrated such wins as SLANDER and Dylan Matthew’s “Love Is Gone” hitting No. 12 on Billboard’s Dance/Electronic Digital Song Sales chart and live feats like NGHTMRE headlining Colorado’s Red Rocks Amphitheatre and Deorro selling out two shows at the Hollywood Palladium. “From a business standpoint, [I’m excited about] growing Prodigy while keeping our ethos of being kind communicators in an industry full of unnecessary aggression, tension and stress,” says Runzel.

Since working with Dave Free as a product manager on Baby Keem’s 2019 mixtape Die For My B-tch, Morton felt motivated to move into management. “In this industry, it’s important to work with people that naturally bring out the best version of you,” she says. “It’s also special to work alongside someone who has a clear vision of what they want to represent.” In April, Keem won his first Grammy Award, but Morton says she’s more proud of pgLang’s collaboration on his debut album, The Melodic Blue, which in September entered at No. 3 on Billboard’s Top R&B/Hip-Hop Albums chart. 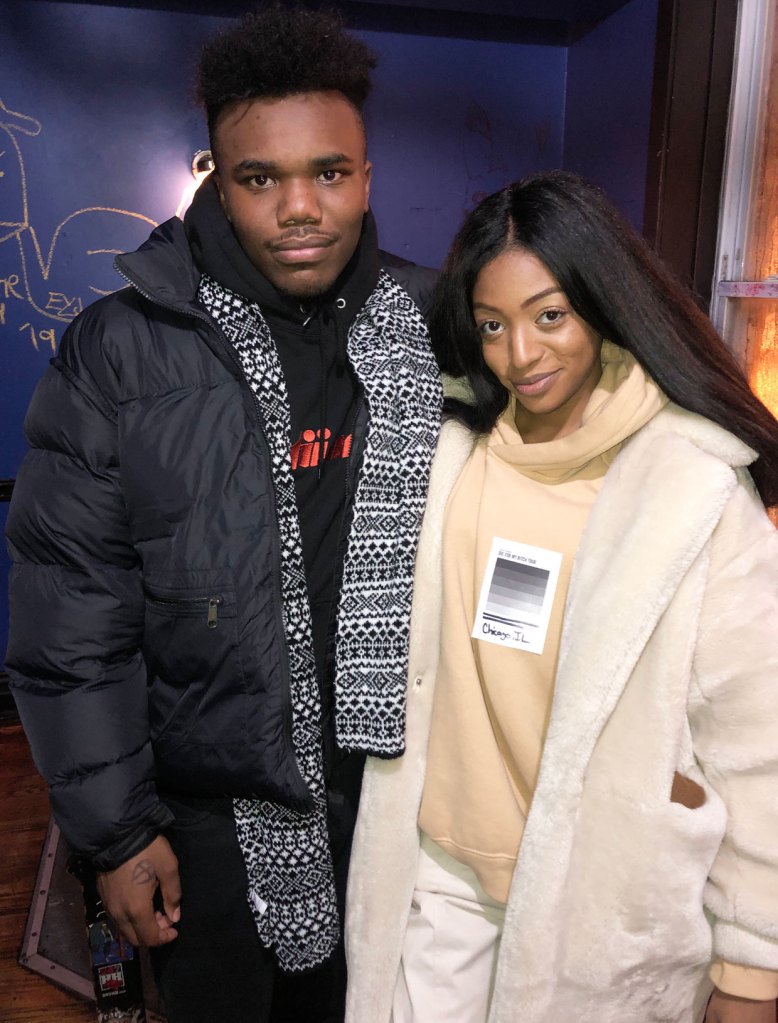 Having gained experience working in Chicago — Lugo learning from his promoter cousin and Hirsch founding a dance music website — the pair launched ALT:Vision in 2017 “not knowing where the journey would lead us,” as Lugo says. It turns out that it led to launching pop-rock artist Blu DeTiger as an independent act through ALT:Vision’s label venture at SONY/Orchard, on which she released her 2021 debut. Starting as an indie, says Lugo, “enabled her to have full creative control in the early stages of her project and establish her sound and brand.” The success of single “Figure It Out” helped her land a record deal with Capitol last November. Hirsch is equally excited about the company’s festival brand Lost In Dreams, a partnership with Insomniac, and its new web3 focused label Too Future, launched with SONY/Orchard.

Singerman says he had “a holistic overview of the industry at a young age” thanks to starting a “very niche but somewhat successful” indie label in college while also touring in a self-managed band. “I had been on both the business and creative side; I could empathize with the grueling day-to-day routine of being an artist, while also confidently navigating the industry side for my clients.” He’s done just that with Noah Cyrus, whose debut album, The Hardest Part, arrives July 15, and Caroline Polachek, who opened on tour for Dua Lipa and sold out the Greek Theatre as an indie act over a decade into her career. “[That] was hands down the most gratifying, emotional night of my career,” says Singerman. 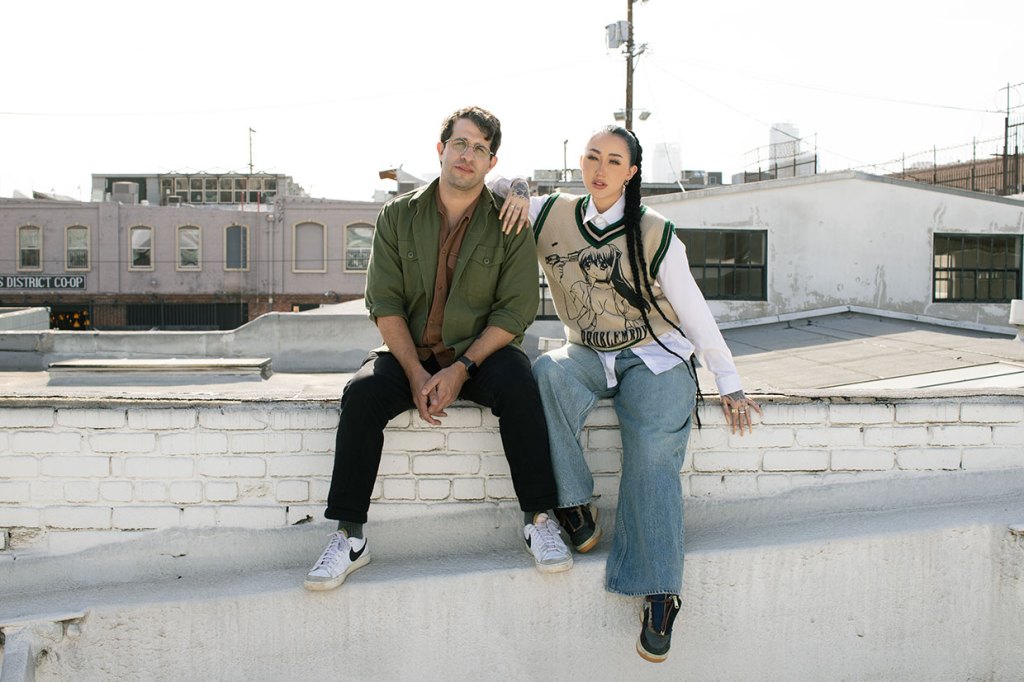 Last September, NCT 127’s Sticker: The 3rd Album debuted at No. 3 on the Billboard 200, also becoming the act’s third No. 1 album on the Top Albums Sales chart. Meanwhile, NCT Dream’s debut album Hot Sauce, which arrived last May, helped them take home key Korean music awards such as Artist of the Year (Physical Album) at Gaon Chart Music Awards, Best Album of the Year at Seoul Music Awards and Best Album at the Golden Disc Awards. Its second album Glitch Mode arrived this March. “I’ve realized that management isn’t just about supporting an artist, but it’s about walking together in an artist’s career, and that has actually led to the expansion [of K-Pop] beyond Korea into the global entertainment industry,” says Seon Ho Kim. Adds Dong-Min Kim: “I believe we [as managers] are the ones who draw the constellations of a star [artist].”

A version of this article originally appeared in the April 23, 2022, issue of Billboard.

Managers To Watch: The Rising Execs Helping Baby Keem, Tems, Remi Wolf & More For Billboard’s first-ever roundup, these managers on the rise have set the bar for what it takes to successfully break new talent. From strategically utilizing TikTok and exploring how to leverage Web3 to preparing clients (and their respective fan bases) for the…