Blxst is a jack of all trades and a master of all.

As a rapper, singer, songwriter, producer, CEO and more, the L.A. native has been on a hot streak since the release of his debut project, 2020’s No Love Lost. The 10-track effort solidified him as one of R&B’s most promising emerging artists, due to his silky melodies and two-step evoking rhythms.

In 2021, the project received the deluxe treatment — earning the artist born Matthew Burdette his first Billboard Hot 100 entry, with “Chosen” peaking at No. 51 this January. Last year, Blxst also received his first award show nomination for best new hip-hop artist at the 2021 BET Hip-Hop Awards, was recognized as a member of the XXL Freshman Class of 2021, won the first ever Rising Star Award at Billboard’s virtual R&B/Hip-Hop Summit and was named Billboard’s August R&B/Hip-Hop Rookie of the Month.

Not only is Blxst honing in on his artistry, he is also asserting his role as a music executive. In 2018, he founded his own label, Evgle Records, and two years later, signed a partnership with Red Bull Records. “It don’t even feel like a label — it feel like a group of people who are just motivated and inspired,” he told Billboard last August. “When we come together and make a task complete, it’s effortless.”

On Friday (April 22), Blxst released his third project under the joint venture, a new 13-track record called Before You Go. With features from Zacari, Rick Ross, Arin Ray and Grandmaster Vic, the project is an ode to his transition into a new version of himself, as he details letting go of things from his past and looking ahead.

“Before You Go is basically a note to self, speaking on the transition I feel like I’m facing as an artist, as an executive,” he tells Billboard in a new interview. “Mainly just leaving some things behind from my past, or taking some things with me.”

Below, we chat with Blxst to discuss recording Before You Go, his CEO dreams, and if he intends on ever retiring from music. 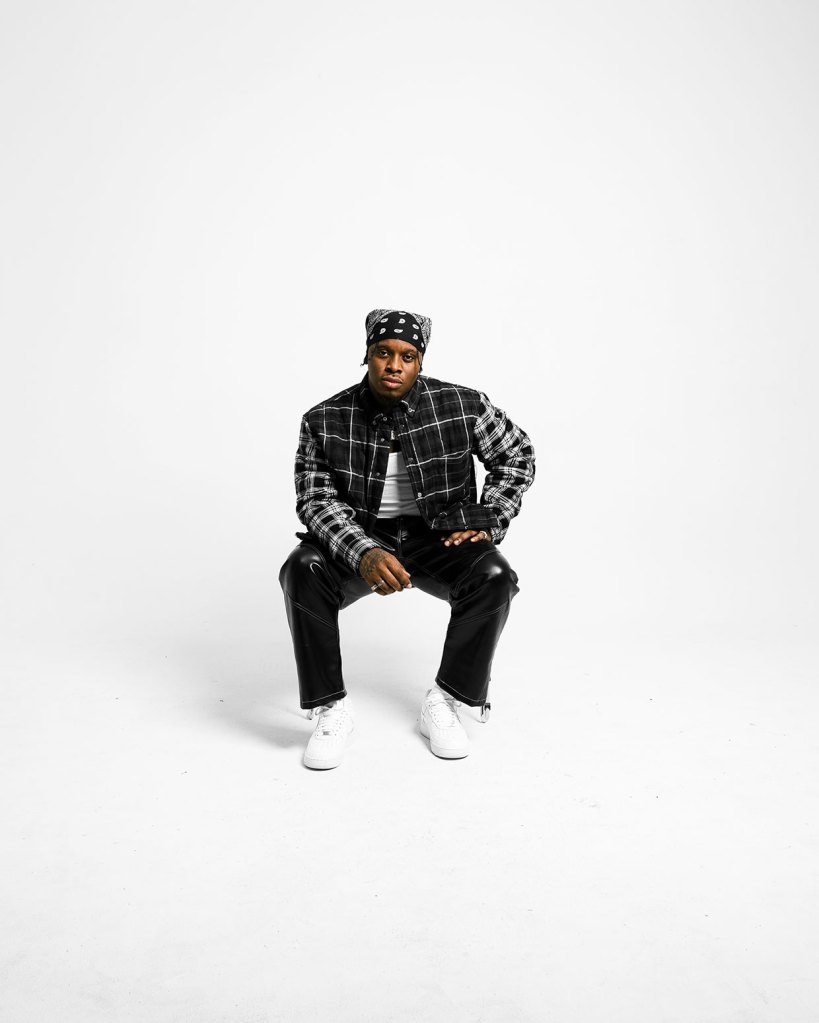 How was performing at the Rolling Stone Live pre-Coachella party?

It was pretty smooth. It was dope. A pool party-type vibe. We had a little technical difficulties but I still rocked out.

What was the time frame of making this project? Walk me through a typical day recording it.

It was kinda up-and-down, because I was on the road on tour, moving around. It was challenging to lock in and make a cohesive body of work. I knocked down like half of [the project] when I was in Malibu. We had rented a studio house by the water and we would have different producers [and] different artists pull up, catching different vibes. Then when I came back from tour, we pretty much started getting the theme around the project. Once I got the title, I knew exactly where I wanted to go with it.

When you visited the Billboard office earlier this month, you explained that you don’t outsource too much since you can do it all yourself. What made you seek out other artists this time around?

I feel like collaborating is expanding my sound. I still want to keep my roots. I know what I can do, but I wanted to make sure I collabed with live instrumentalists. I brought in saxophone players, violinists, a guitar [player]. I just wanted to go crazy with this one.

When you self-produce your songs, does that slow down the process since you have to do everything?

Nah, it kinda speeds it up for me because even when I work with other producers, I’m more so playing the executive producer role. Like I’m telling them what I want the sound to be. Like with a live instrumentalist, I’m orchestrating the whole vision. I’m still hands-on whether I produce it or not. But when I’m by myself, I know exactly what I want so I can knock it out easily.

What’s your personal favorite song on the project?

That’s a tough question. It might switch up, but I’ma say “Still Omw” right now. That song was basically speaking on where I came from, how far I came [and] just embracing the process.

You mentioned your dreams of going full-steam as a CEO of Evgle. Are there any OG artists/CEOs whose business model you admire and who you would possibly seek out for mentorship?

I really just lean towards my business partners, Vic and Karl Fowlkes, they pretty much help me out as far as the business goes. Definitely want to lock in with Rick Ross, get some insight from him. Luckily I got him on the album, so I think that’ll be a great bridge to have that conversation. [And] of course we got Nipsey Hussle, Diddy, Jay-Z, the typical people — but I’ma just start with my resources that I know I can reach.

Because of this, do you ever see yourself, for lack of a better term, “retiring” from music?

I said I was gonna retire at 35, but not necessarily to stop being a creative — more so to be able to put other artists and other people from my city in positions [to succeed].

As you’ve been becoming more known and recognizable, what do you do to protect your energy and peace through it all?

I’m just trying to figure it out day-by-day. I got a therapist which I feel is very helpful… managing myself mentally from being away from home [and] my family, being on the road. [I’m] just learning how to structure everything to where I can still have time for myself.

Blxst Discusses New Project ‘Before You Go’ and Goals as a CEO Blxst is a jack of all trades and a master of all. As a rapper, singer, songwriter, producer, CEO and more, the L.A. native has been on a hot streak since the release of his debut project, 2020’s No Love Lost. The 10-track effort…