All products and services featured are independently chosen by editors. However, Billboard may receive a commission on orders placed through its retail links, and the retailer may receive certain auditable data for accounting purposes.

To hell and back! Action Bronson and DJ Pauly D brought the heat for MTN Dew’s Flamin’ Hot event in Hell, Mich., on Saturday (April 30).

The event, dubbed To Hell With MTN Dew Flamin’ Hot in honor of the brand’s newest limited-edition drink, was open to the public and featured music, minigolf and a menu of special dishes curated by Bronson.

“I love poké, and going to Hawaii I’ve had it in such traditional ways,” Bronson explained to Billboard of coming up with the menu. “I couldn’t have thought of a better way to add that tremendous blend of the sweet and spicy of the soda and making like a dipping sauce, using it as like a [marinade] for it. Those flavors make me happy. You throw that on a chip and serve it like finger food. It’s like a whole experience.” 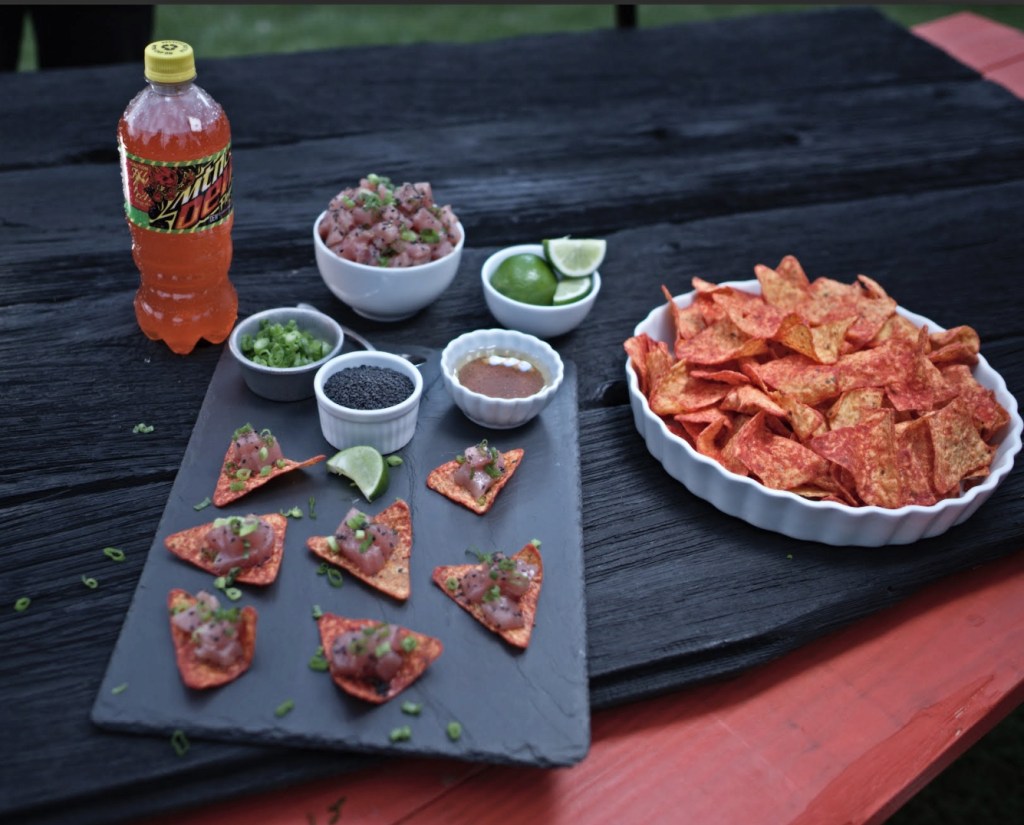 The Queen’s native, whose latest album Cocodrillo Turbo, dropped April 29, went on to speak about combining his love of culinary arts and music into a successful career.

“When I started doing music and working with certain companies that had [opportunities] on television and being filmed, I knew that’s what I wanted to do,” he added. “Bringing that background to my everyday life? It’s natural. Nothing really changes, you just have to grow. I’m just evolving.” 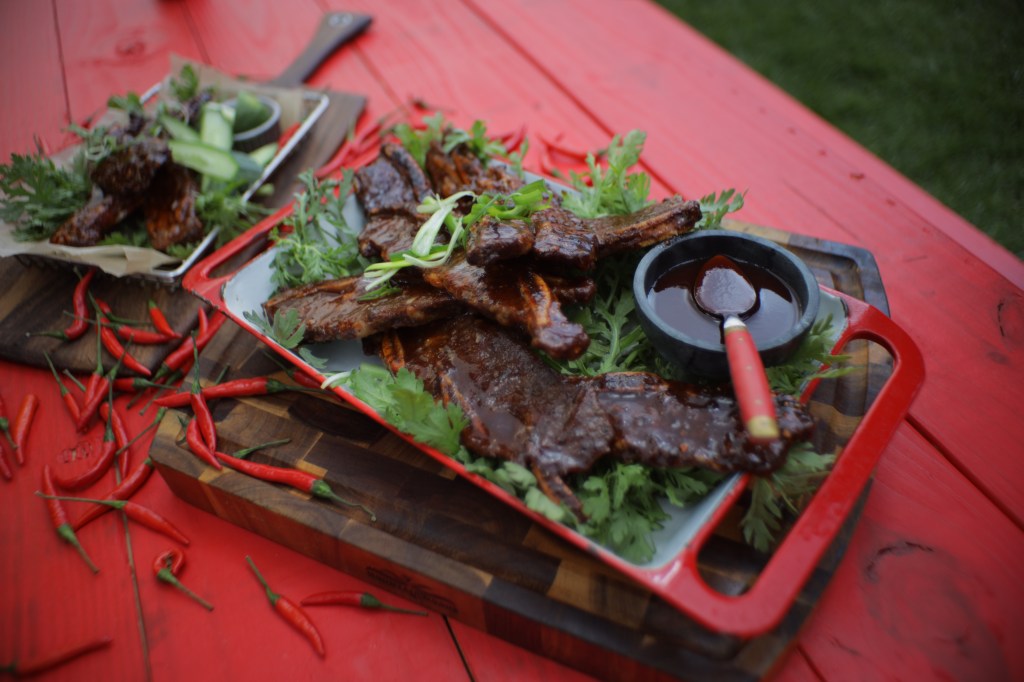 Meanwhile, DJ Pauly D got the party started with a hellish playlist that had everything from ACDC’s “Highway to Hell” to Lizzo’s “Feelin’ Good As Hell,” and of course, “Hot in Herre” by Nelly.

“A lot of people tell me to go to hell, but I’m here now,” Pauly D joked with Billboard ahead of his headlining DJ set. “It feels good to be in hell! I figured it’d be a little bit hotter, but we’re going to bring the heat.”

Despite the chilly weather (the temperature in Hell hovered around the high 50s for most of the day), Pauly D played just enough “fire beats” to keep fans on their feet.

“Wherever I’m at, I cater to the location. I love doing that because people don’t expect it. As far as the crowd, I don’t know what I’m going to lean towards until I get out there [and] feel the energy. It’ll be interesting what journey they take me on.”

So, what does Pauly D think of MTN Dew Flamin’ Hot? He loves it. “It’s good. I love spicy food and this has just enough kick to where you want to keep drinking it. It has the perfect mix.”

“You gotta taste it to understand what it is,” the Jersey Shore star continued. “I wouldn’t promote anything I don’t like. I just won’t do that.”

Available in 20 oz. bottles and 12 oz. cans, fans can find the spicy-meets-sweet flavor at convenience stores and major retailers such as Amazon, Walmart, Safeway, Vons, Albertsons, Ralphs, Kroger and Giant.

Don’t feel like running to the store? Have your MTN Dew Flamin Hot delivered via Instacart or Amazon.

Action Bronson & DJ Pauly D Bring the Heat to Hell (Michigan) for MTN Dew Flamin’ Hot All products and services featured are independently chosen by editors. However, Billboard may receive a commission on orders placed through its retail links, and the retailer may receive certain auditable data for accounting purposes. To hell and back! Action…