MUMBAI – More than six months after co-founder Rishi Malhotra stepped down as CEO at JioSaavn, the Indian audio-streaming service says that Amazon Music executive Sahas Malhotra has taken over his role.

In the period between Rishi Malhotra’s resignation and Sahas Malhotra’s entrance (the two are not related), Khushboo Yadav, vice president of Jio Entertainment Services in charge of profit and loss at JioSaavn, JioTV and JioCinema, has been running JioSaavn, sources close to the company tell Billboard. 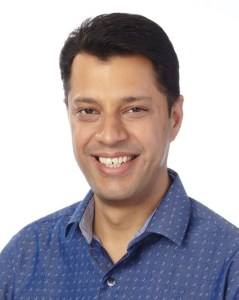 Yadav’s bottom-line-centric working style has led to multiple exits at the service. Over the last few months, JioSaavn shut down its live events and artist management divisions. It has also ceased operating its in-house label Artist Originals that was launched in 2017.

Artist Originals, which released tracks featuring Nas and U2, is believed to be one of the passion projects of Rishi Malhotra and Saavn’s co-founders, former president Vinodh Bhat and former executive vice chairman Paramdeep Singh. After leaving JioSaavn, Malhotra landed at New York-based podcast network Luminary.

The DSP has been shopping the Artist Originals catalog but has thus far been unsuccessful in striking a deal. JioSaavn did not respond to a request by Billboard to interview Sahas Malhotra.

Indian conglomerate Reliance Industries acquired Saavn in 2018 and merged it with its JioMusic audio-streaming platform to create JioSaavn.

The new CEO will take over the reins at a time when JioSaavn, along with long-standing rival Gaana, find their dominance as local leaders in streaming increasingly threatened by Spotify. The Swedish service, which arrived in India in February of 2019, has reportedly been increasing its market share at a steady clip.

Though Spotify has not revealed user figures for India, the company’s India Managing Director Amarjit Singh Batra was recently quoted saying that the country is among the platform’s top 10 markets in the world. In an earnings conference call last week, Spotify CEO Daniel Ek said India and Indonesia were among the nations where the service is “doing incredibly well.”

JioSaavn Hires Amazon Music India Head Sahas Malhotra as New CEO MUMBAI – More than six months after co-founder Rishi Malhotra stepped down as CEO at JioSaavn, the Indian audio-streaming service says that Amazon Music executive Sahas Malhotra has taken over his role. Malhotra was director of Amazon Music in India since December of 2016. Other previous…

Previous Post
9 Years Ago – Slayer Guitarist Jeff Hanneman Dies
May 2, 2022
Next Post
Megan Thee Stallion Gets Her Own Day, Key to Houston: ‘I Will Continue To Give Back’
May 2, 2022