Acraze Signs to Capitol Records In Partnership With Thrive Music

Acraze Signs to Capitol Records In Partnership With Thrive Music

Riding the wave of his global smash “Do It To It,” Florida-based producer ACRAZE has signed with Capitol Records, in partnership with Thrive Music.

Since the song’s release last August, the “Do It To It” remix has aggregated 120 million on-demand official streams in the United States, according to Luminate, formerly MRC Data. Capitol Records reports 8.4 billion global streams for the bouncy edit.

The track also reached No. 3 on Hot Dance/Electronic Songs and become Acraze’s first Hot 100 hit, peaking at No. 65 in January. More than 3.3 million TikTok videos were created using the official sound by users on the platform, and the song can be heard in a current Pepsi ad. The track was released by Thrive Music/Virgin as part of a three-track deal.

“We are thrilled to be expanding upon our relationship with ACRAZE and Thrive Music after embarking on such a successful journey with them through Virgin with the global smash ‘Do It To It,’” CMG Chair & CEO Michelle Jubelirer and CMG President of A&R Jeremy Vuernick say in a joint statement. “ACRAZE is an incredibly talented artist and performer, Ricardo, Carlos and their team at Thrive are great label partners, and we look forward to achieving so much more together in the coming months and years.” 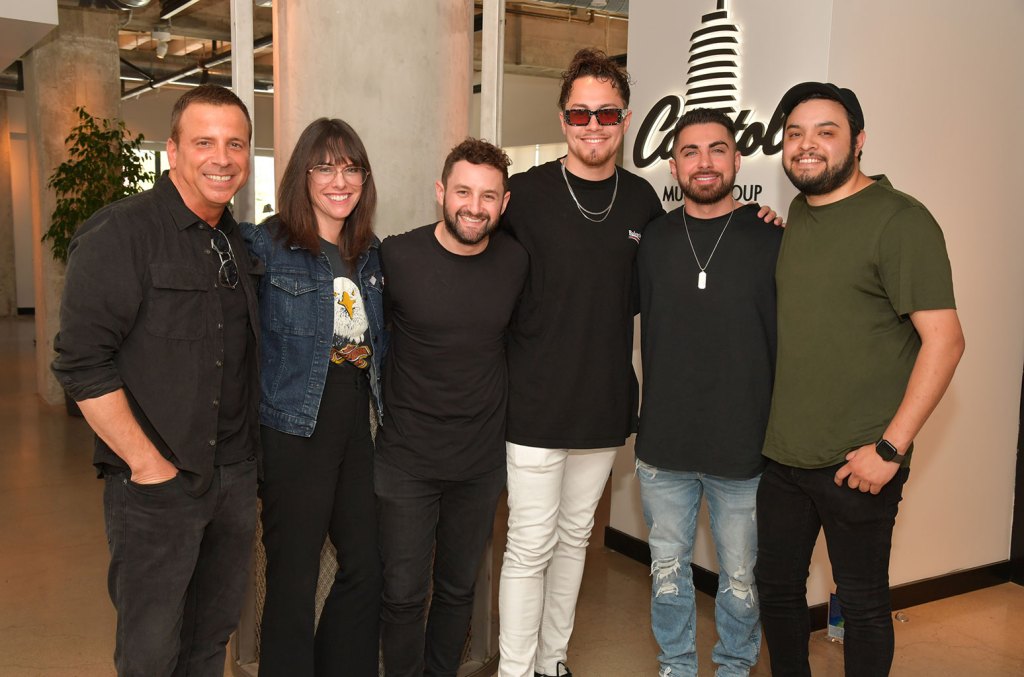 ACRAZE, born Charlie Duncker, has earned major acclaim for his edit of the 2006 R&B track by Cherish, with “Do It To It” leading to the producer’s first-ever mainstage set at Ultra Music Festival in Miami this past March, a set at EDC Las Vegas in May (for which her brought out Cherish to perform alongside him), and a flurry of other festival and club shows. Upcoming ACRAZE performances include shows as Las Vegas megaclub Hakkasan, the Groove Cruise and Beyond Wonderland. ACRAZE is signed with UTA for representation in all areas.

“Since first discovering him four years ago, ACRAZE has been one of the most undeniable talents that I’ve seen come around, both as a performer and in the studio,” says Carlos Alcala, general manager/vp of A&R, Thrive Music. “The family is only growing and I’m looking forward to partnering with Michelle, Jeremy, and the crew at Capitol Records to continue to push boundaries.”

“It’s always been a dream of mine to have a team that has believed in me from the start,” adds ACRAZE. “I’m glad I get to work with Capitol and Thrive to make my vision come to life. Having two powerhouse labels by my side is so motivating, can’t wait to show you guys what’s in store.”

Inspired to produce the remix after hearing a distorted version of “Do It To It” after his phone became glitchy, Acraze has sparked a current dance world trend of ’90s and 2000s remixes that include a recent edit of Ciara’s “1, 2 Step,” among others.

Previous Post
The Weeknd and Daft Punk’s ‘I Feel It Coming’ Video Hits 1 Billion Views on YouTube
June 6, 2022
Next Post
The Rolling Stones Bust Out A Rare Classic on Munich Tour Stop
June 6, 2022