Shav Garg and Connor Lawrence, the CEO and COO of indify, respectively, met in fourth grade when both played on the championship Little League baseball team in Scarsdale, N.Y. A decade later, in 2015, the pair, along with Lawrence’s pre-K classmate and future indify chief technology officer Matt Pavia, founded the company in the basement of Garg’s family home and, over the next seven years, grew it into one of the most disruptive and unlikely successes in the music business.

Indify is an angel investing platform that pairs strategic investors with songs by emerging talent that, using proprietary data, the company has identified as poised for a breakthrough but in need of financial and marketing resources. Investors in the company include Kerry Trainor, the former CEO of SoundCloud and Vimeo; Anthony Saleh, the manager of Nas and Kendrick Lamar; and Courtney Stewart, who manages Khalid through Right Hand Music Group. Josh Feshbach, a partner in artist management and funding company Thrice Cooked Media, and Golden Kids Group Management CEO Nick Mueller are among those who have invested in talent.

EMPIRE’s Ghazi On Expansion Into Africa, Nashville and Crypto: ‘We’re The King Of The Multisector’

Unlike labels, indify does not require acts to sign long-term contracts or give away ownership of their songs. Instead, artists grant their investors a percentage of streaming royalties for the songs on which they team — often just one track — and indify takes a 15% cut of the investor’s share of profits after recoupment.

Although indify has a relatively low profile, some of the biggest names in finance and music are boosters, including Reddit founder and one of indify’s earliest investors, Alexis Ohanian, who frequently posts raves on the platform backing shock-pop singer Leah Kate. Her song “10 Things I Hate About You” has earned over 43 million Spotify streams since its April 22 release. 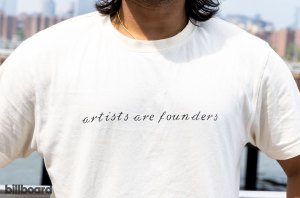 “Artists still are not being respected as business owners in the economics you see at traditional record labels,” Garg says in reference to this T-shirt emblazoned with his mantra. “Those deals put the ownership in favor of the label, when in reality, this market is expecting the artists to do the work.”

Garg’s partnership with Ohanian also began at a sporting event: an elevator pitch at the U.S. Open. “I remember seeing Alexis tweet something like, ‘I wish I could invest in Lizzo Enterprises’ on Twitter,” he says. “So I tweeted back at him, and I was like, ‘Invest in the next one on indify!’ ” A mutual friend of Garg and Ohanian pointed out the tweet to Ohanian, and Garg was invited to make a five-minute pitch at the tennis match. “I told Alexis that investing in music can be safe, and he told me I was a crazy person,” Garg says with a laugh.

Indify was initially capitalized by the $25,000 prize Garg won at a Colgate University incubator program, but the idea was a byproduct of the then-21-year-old trio of friends and their penchant for discovering music. While they pored over 2DopeBoyz, Good Music All Day, Ill Roots and other music blogs, they felt the need for a more democratized way for A&R executives to find new artists without those artists having to know “the right people.” During an internship with Warner Music Group, Garg says he saw his supervisors running spreadsheets and manually monitoring social media and streaming activity for a handful of new acts, but was shocked that there wasn’t a better way to track and prioritize the data.

The first iteration of indify was a business-to-business product that was marketed to label A&R departments and promised to discover sure musical bets bubbling under the charts. Indify has since been repositioned as a platform designed to aid independent acts instead of labels. Garg is one, after all — a singer-songwriter who goes by the handle of prettyboyshav.

“Artists are expected to do so much more for themselves, so in a way, they are becoming their own CEOs,” he says. “Artists on indify are earning six, sometimes seven figures per year off their music, and they have built that business themselves with strategic help. We think indify is a deal that fits the modern-day artist way better.”

One thing that sets us apart is I’m still an artist releasing music. My own music has always guided our vision. When I saw that artists weren’t being discovered based on the merit of their work but on who they knew, that felt so wrong. I also see Connor and Matt as artists in their own ways — Matt’s technological skills and Connor’s writing abilities are art, too. So we built the company as young artists on a mission to help young artists. 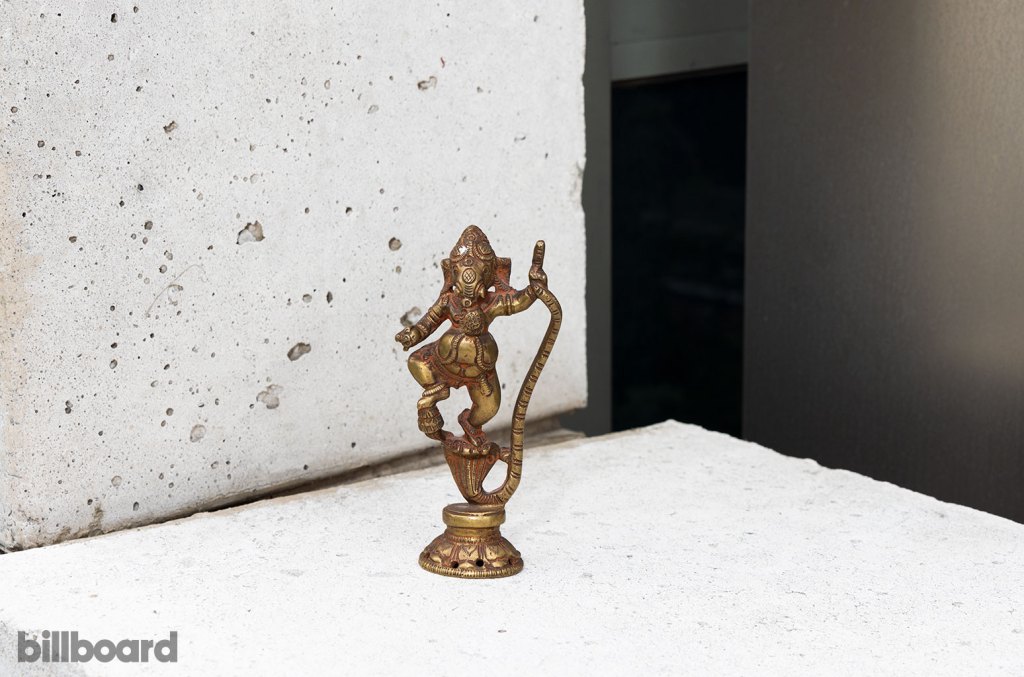 “Ganesh statues are a sign of good luck at the start of a journey. My mom gave it to me when we started indify, and I’ve had it on my desk since.”

Who was the first artist that indify discovered?

In October 2015, a few months after Matt built the first version of indify, which was tracking 40,000 new artists, Connor was like, “Shav, you need to check out this artist at No. 55.” His name was Kai!, and we were like, “Who is this kid?” We had his music on repeat in the basement. He was at 60,000 SoundCloud plays and had less than 1,000 followers, but our tool caught that he was growing across the platform organically. We found his contact info and called him. He’s like, “I’m 17. I live in El Paso, Texas. I’m recording music on my cellphone. I uploaded my first track to SoundCloud, like, 25 days ago.” We helped him get into a Pigeons and Planes [blog] story we did called something like “20 artists that are going to blow up.” He was super excited. Then he went out to Atlanta; met his manager, Courtney Stewart; and changed his artist name back to his real name: Khalid.

What were some other early indify finds?

We featured Billie Eilish at 13 years old. We featured Post Malone in 2015. We were some of the first people to feature SoundCloud rap. We were some of the first people to feature bedroom pop as a genre. Eventually, most of the major labels ended up subscribing to the tool, and it got to a point that we were basically helping create bidding wars for certain artists. I remember a hip-hop artist whose deal offers sextupled the next day after being featured on indify. That was the peak of the first product, but it still didn’t feel like enough. That led us to where we are today.

Why did you evolve from a business-to-business data tool to an angel investing platform?

We started to see that the artists that were in the top 100 on indify often had the same marketers behind them, the same access to funding, the same management teams, the same lawyers, etcetera. We had helped democratize discovery, but it wasn’t enough. We hadn’t helped equalize resources, and that has always been our goal. We started looking at artists who were in even earlier stages of their careers and what resources they needed. The best artists still weren’t winning against the artists that had funding and marketing help. In reality, a lot of what we’re doing today we talked about in the basement seven years ago. AngelList was a beacon for us. We dreamed of doing a platform where strategic investors, similar to venture funds in tech, could directly back artists.

Who was the first artist you worked with to help secure funding and resources?

Pink Sweat$. He’s in the top 500 in the world on Spotify right now, but when we met him, he hadn’t released music yet. We knew he had a sharp manager who was incredible at marketing and finding talent, but we helped them find a funding partner. That was our first deal, but it was technically off platform. We didn’t know what this was going to become at the time, but we learned from helping their team how important funding for digital marketing and [digital service provider] pitching was for an early-stage artist. 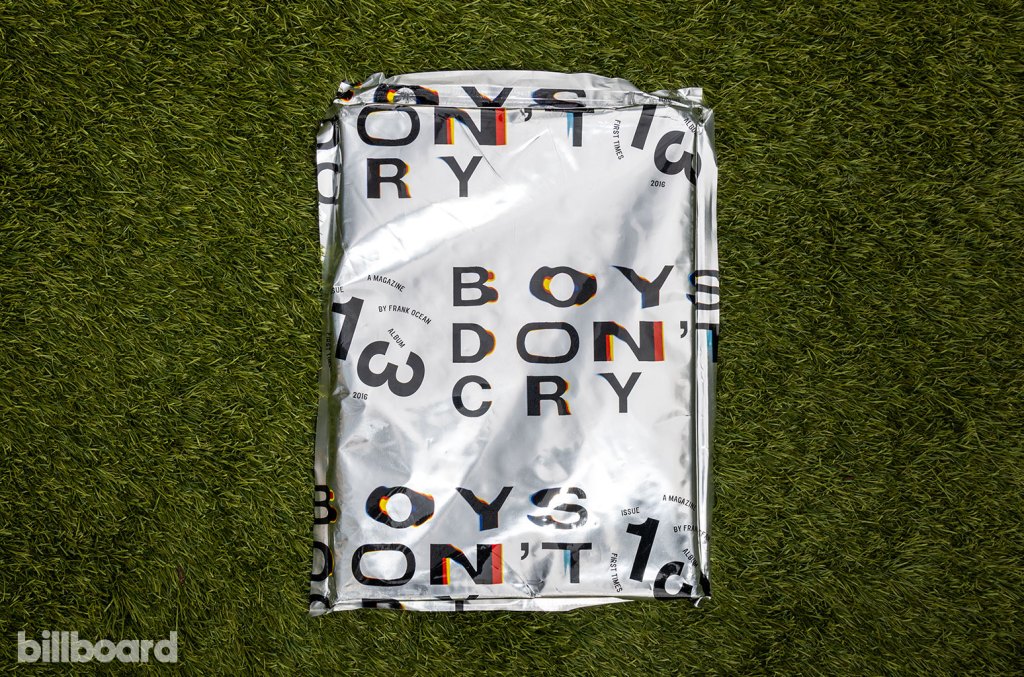 This limited-edition magazine is tied to the 2016 release of Frank Ocean’s Blonde, an “iconic independent” release that Garg says “represents the future we’re trying to build for all artists.”

A lot of your investors come from music business backgrounds, but what makes an investor like Alexis Ohanian strategic for an artist?

The two types of strategic investors that have worked for indify thus far are music professionals and people with influence. We don’t actually view Alexis as just a big capital person. He obviously has that, but we look at him and Leah Kate as proof of concept that people with influence can help bring audiences to emerging artists on a strategic level. Alexis is more than an investor — he has exposed Leah to an incredible number of business professionals and to his online audience. Their pairing has created such respect for Leah Kate as an independent businesswoman, which she is. 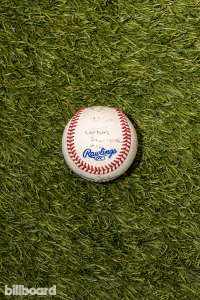 “This is the championship ball from my fourth grade Little League team, where I met my co-founder Connor Lawrence. You can see our names on it. You can also see I had much better handwriting then.”

Do you intend to replace major labels and traditional label deals? Or do you see yourself as simply an alternative?

We believe every artist should have every option available to them. We’ve proven that indify is the best option for artists at the earliest stage of traction to midlevel stages — say, zero to 50 [on a scale of career establishment] — and that indify’s partners are the best people to build with because they offer more strategic value than distributors for prices that are less than distribution deals. What we are interested in delving into next is the 50-to-100 tier to see if we can build independent superstars via this alternative route.

For us, it’s a longer-term vision, but it’s going to take bigger capital partners, bigger plays than what we are already working on. We’ll get there when we get there. One thing we get excited about is, what happens if a young artist is posed with the choice to sign their rights away to a major label or to keep their rights and have the option to do a strategic investment partnership with a cultural leader like LeBron James, Serena Williams or Kanye West?

Often when an artist signs a traditional label deal, the label wants to absorb the popular songs that artist has already released. How do you work out that transfer for indify artists?

We want artists to have every possible option on the table, and so upstreaming to labels is something that we have successfully done multiple times at this point. It’s not any different than how artists have upstreamed from distributors previously. Generally, there could either be a buyout or an override depending on the case. We will never tell an artist what to do. We are still building pathways for artists to upstream to major labels. Artists deserve to have that option if they want to go to a label, and we make sure that our technology is capable to transfer them there, but our belief is that artists should stay independent.

This story originally appeared in the June 4, 2022, issue of Billboard.

Need Investors for Your Indie Project? How Indify Helps Break DIY Artists Shav Garg and Connor Lawrence, the CEO and COO of indify, respectively, met in fourth grade when both played on the championship Little League baseball team in Scarsdale, N.Y. A decade later, in 2015, the pair, along with Lawrence’s pre-K classmate and future indify…