Aimer, SixTONES and YOASOBI are leading in their respective categories on Billboard Japan’s 2022 mid-year charts, rounding up the weeks of Nov. 29, 2021 through May 29, 2022.

On the just-unveiled lists, Aimer’s “Zankyosanka” is the No. 1 song on the Japan Hot 100, while the Johnny’s boy band SixTONES’ CITY is the No. 1 album for the first half of this chart year. YOASOBI returns as Top Artist for the charting period.

Aimer’s “Zankyosanka” is featured as the opener of the phenomenally popular anime series Demon Slayer: Kimetsu no Yaiba’s entertainment district story arc. The song was released digitally on Dec. 6, 2021, the day after the anime premiered on TV, and launched at No. 1 for radio airplay, downloads, and video views. It went on to top the Japan Hot 100 for a total of nine weeks, ruling the mid-year tally with an overwhelming lead.

“I’m just so happy that so many people have listened to this song,” says the songstress on her accomplishment. “I’d like to keep on pursuing music and continue to stand on stages I’ve never experienced before, and also to deliver songs to each and every person who listens to me for as long as I can keep singing.” 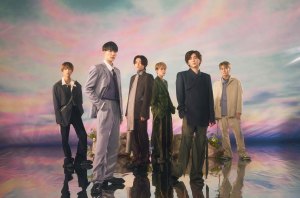 SixTONES — pronounced “Stones” — top the mid-year Japan Hot Albums chart for the second time in its career after its debut album 1ST ruled last year’s mid-year tally. The six-member band’s second album CITY sold 562,717 copies during the tallying period to rule physical sales and look-ups, which counts the number of times a CD is ripped to a computer.

“We’re so happy to hear that our album CITY has reached No. 1. Thank you so much,” says  SixTONES member Jesse. “CITY is an album based on concepts including ‘city’ and ‘time,’ and we think it’s an interesting set filled with the group’s appeal that’s different from our first album. It’s a great honor to have the music we’ve worked so hard on as SixTONES being recognized in this way, and it also reminded us to continue working even harder from now on. We’ll keep doing our best to bring SixTONES’ music to even more people in the future!”

Ado’s Kyogen comes in at No. 2 and Nogizaka46’s Time Flies at No. 3 on the mid-year albums chart. 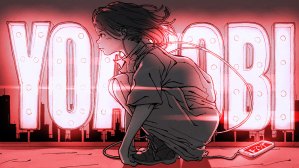 YOASOBI also returns as top artist on the mid-year Japan Artist 100 chart, compiled from the results of the Japan Hot 100 and Hot Albums charts. The breakout duo continues to enjoy long-running popularity with hits like “Gunjo” (No. 11 on the mid-year song chart), “Yoru ni kakeru” (No. 14), and “Kaibutsu” (No. 15), and its two EPs called THE BOOK (No. 24 on the mid-year albums chart) and THE BOOK 2 (No. 4) are still high up on the chart. With a total of eight songs and two EPs on the mid-year lists, strength in streaming (No. 1) and downloads (No. 3), plus good performance in video views (No. 6), karaoke (No. 6), CD sales (No. 12), and Twitter mentions (No. 18), the pair have become top artist again after being crowned on last year’s mid-year tally.

“I’m elated,” says producer Ayase. “Last year, we topped the mid-year chart but finished at No. 2 on the year-end list, which was really disappointing. In the past six months, ‘Mr.’ was our only new release, so I’m surprised and glad at the same time. There weren’t too many opportunities for people to come across YOASOBI compared to before, so I’m really happy that so many people have been listening to us under those circumstances.”

Singer ikura adds, “I’m also surprised and happy. When I look at the charts, THE BOOK and THE BOOK 2 are still there, and I really get the sense that many people have been listening to them for a long time. It makes me so happy.”

The first half of the year was characterized by long-running hits enjoying synergy from high-profile tie-ins, as well as a rush of newcomers including Macaroni Enpitsu’s “Nandemonaiyo,” (No. 5), Saucy Dog’s “Cinderella Boy” (No. 7), and Tani Yuuki’s “W/X/Y” (No. 17), whose songs were independent of tie-ins but catapulted to virality through TikTok and then collecting streams and downloads on major platforms. This year’s mid-year results are fascinating in the sense that they visualize the rapid expansion of a market inaccessible through existing strategies.

Aimer, SixTONES & YOASOBI Lead Billboard Japan Mid-Year Charts Aimer, SixTONES and YOASOBI are leading in their respective categories on Billboard Japan’s 2022 mid-year charts, rounding up the weeks of Nov. 29, 2021 through May 29, 2022. On the just-unveiled lists, Aimer’s “Zankyosanka” is the No. 1 song on the Japan Hot 100, while the Johnny’s boy…